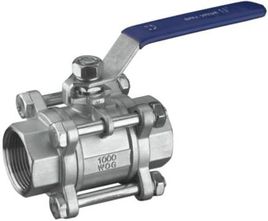 turn on
1. Before the valve is opened, it is in the closed position. At this time, the ball is pressed against the valve seat by the mechanical pressure of the valve stem.