Working principle and basic structure of hydraulic valve
An automatic component driven and operated by pressure oil is called a hydraulic valve. The hydraulic valve is controlled by the pressure oil. Generally, it is used in combination with an electromagnetic pressure distribution valve. It is mainly used for remote control of oil, gas and water pipes in hydropower stations. On-off operation of the road system. It mainly performs operations such as clamping, control, and lubrication in the oil circuit. It is roughly divided into two types: direct-acting type and pilot type, among which the pilot type is more commonly used. 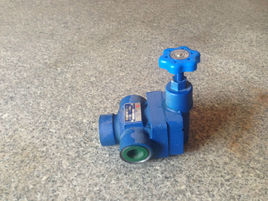