1. Flange triple eccentric multi-level hard sealButterfly valveThe products can be applied to industrial pipelines such as petrochemical, food, medicine, textile, papermaking, electric power, sewage treatment, water supply and drainage and smelting. It can be used as an opening and closing mechanism to control the flow of media on various gas, liquid, semi-fluid and micro-particle powder conveying pipelines or containers. Flanged triple eccentric multi-level hard sealing butterfly valve can be installed in any position.

2. Flange triple eccentric multi-layer hard-sealed butterfly valve series has a certain self-cleaning ability. It can show various advantages when used in sewage pipes such as steel mills and municipal pipelines. It does not need maintenance, and has good sealing performance and easy operation. . 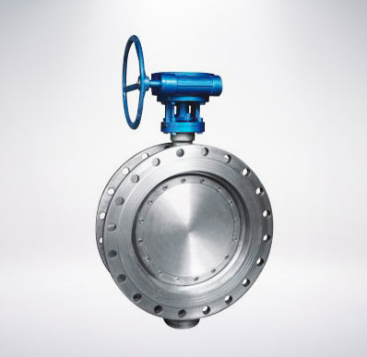 1. The big difference between the flange triple eccentric multi-layer hard sealing butterfly valve and other butterfly valves is that it adopts a triple eccentric design structure. The disc installation center and the rotation center are designed with strict eccentricity. When the valve is opened at 10°C or even fully opened, the seat sealing surface of the butterfly valve is in a non-contact state with the disc, and when closed, the disc rotates with the valve stem and deflects into the seat sealing surface to seal it. Therefore, the service life of the valve is prolonged due to less and no wear during the opening and closing process.

4. The seat of the butterfly valve can be fine-tuned. After the valve has been used for a certain period of time, when the sealing ring wears and leaks by itself, without disassembling the valve, the sealing pressure ring can be adjusted to the required size by adjusting the screw to the direction of the disc, which can be compensated and has The new valve has the same sealing performance.