Plug valves have a cylindrical or conical shape plug which can be rotated 90°. In cylindrical valve plugs, the passageway is generally rectangular; while the conical valve plugs, the passageway is trapezoidal. These shapes make the structure of the plug valve lighter, but at the same time it also produces a certain flow loss. The plug valve is most suitable as a cut-off and connection medium and bypass. But depending on the nature of the application and the erosion resistance of the sealing surface, it can sometimes be used for throttling.

Plug valve is a quick-opening straight-through valve. Because the movement between the sealing surfaces has a wiping effect, and it can completely prevent contact with the flowing medium when it is fully opened, it can also be used for medium with floating particles. Another important feature of the plug valve is that it can be designed to multi-port pipeline, one valve can design to two, three, or even four ports. This will simplify the design of the piping system, reduce the amount of valves and some connection accessories required in the piping system.

Soft-sealed plug valves are often used in harsh environments such as corrosive, highly toxic and high-hazardous medium, where leakage is strictly prohibited, and where the valve material does not contaminate the medium. The valve body can be built from carbon steel, alloy steel and stainless steel according to the working medium. 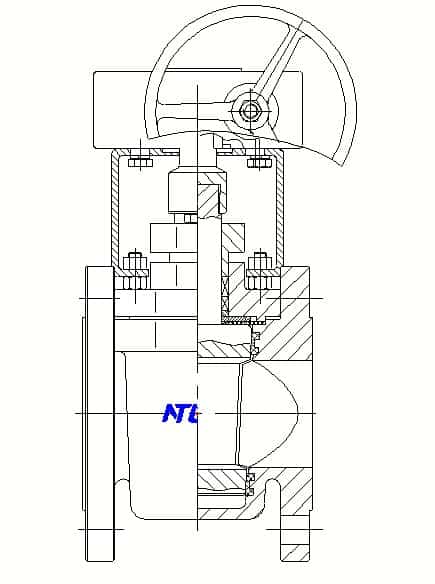 a. Low friction bushings material such as F4, F46, PVDF, PP, PO, PE can be used according to the operating temperature and working medium. The friction coefficient of the sealing part is small during the entire working process, hence the plug has smooth rotation and prolong the life span.

b. The design of the inlet and outlet ports of the valve body and the double-port groove seal ring structure, during the rotation of the plug, the pressure between its sealing gradually changes until it reaches the fully open or fully closed position, generating sufficient sealing pressure and reaches zero leakage.

c. The double-port groove seal ring can make the bushing stable in the valve body, but also absorb the slight deformation caused by the temperature difference. At the same time, the friction between the bushing and the plug is strong, and it has an automatic cleaning effect which will prolong the life span of the valve.

d. The unique reverse lip seal design on the top of the plug, combination of a soft sealing material diaphragm and a metal diaphragm and balanced the pressure between the sealing surfaces will make the plug rotate smoothly, and ensure the inlet and outlet ends properly sealed with the connecting flange.

f. The medium can flow in both directions, and the installation direction is not limited. It realizes online maintenance and user friendly.

g. The unique design is electric static and fire safe. 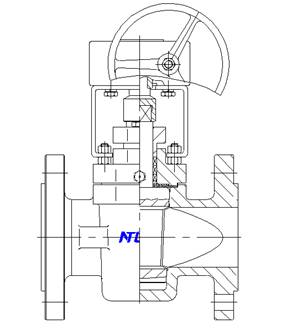 d. The sealing surface of the plug cone is grind to achieved mirror finished, and lapping with the valve seat to form a tight sealing and reduce the operation torque. 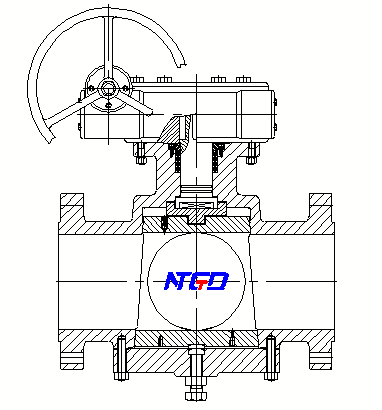 When the valve is closed, due to the difference in cross-sectional area of ​​the plug cone, the injected high-pressure sealing oil causes the plug to receive upward lifting force, and resulting a good sealing.

c. Under high temperature conditions, the thermal expansion of the plug can be absorbed by its rise and fall, to avoid the sealing from jamming.

Oil-lubricated hard-sealed plug valves, although the use of oil lubrication can appropriately reduce the opening and closing torque, but it may contaminate the medium. Therefore, the selection of the sealing lubricant shall be based on actual working conditions.

Lift plug valves have many design. Lifting plug valves are divided into soft seals and hard seals according to the material of the sealing surface. The basic principle is to raise the plug when it is opened, and then rotate the plug 90 degrees to fully open the valve to reduce the friction with the sealing surface of the valve body; when closing the valve, turn the plug 90 degrees to the closed position and then lower it to seal with the valve body seat surface to seal. 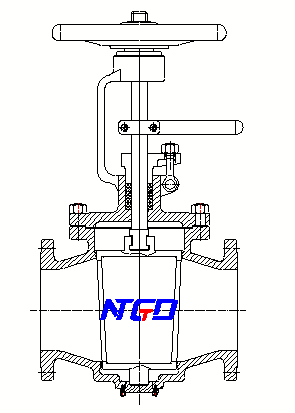 ① Double seal Lift Plug Valve
The double-seal lift plug valve has a soft sealing structure. The plug is a cylindrical plug composed of three plates, and the rubber sealing surfaces are inlaid on the plates on both sides, and the cylindrical wedge plug is in the middle.

When the valve is opened, the transmission mechanism raises the plug, drives the two sides of the plate together, and then detaches the combined plug body and the valve sealing surface. Then drives the plug to rotate 90 degrees to the fully open position of the valve

The double-sealed lift plug valve has double blocking and bleed functions. The valve is equipped with a pressure balancing device to prevent abnormal pressure rise of the system and reduce the resistance at the moment of valve opening and closing. Because the metal surfaces contact each other after the sealing ring is compressed, the valve has a fireproof function. The maintenance of the valve is very convenient. Without removing the valve body from the pipeline, the two side plates can be removed and replaced by removing the end cover at the bottom of the valve body. Therefore, it is also widely used in various industries such as petroleum, natural gas, metallurgical mines, gas engineering, light industrial textiles, ship terminals, food and environmental water treatment for regulating and opening and closing pipeline fluids.

a. Handwheel and handle lift plug valve, working principle: ascending, make the plug and valve fully open. When closing, first turn the handle to turn the cock 90 degrees to the closed position, and then turn the hand wheel to lower the cock to reach the seal.

b. Mechanical cross-drive lifting plug valve. The working principle of the mechanical cross-drive lifting plug valve is that when the valve is opened, the transmission device turns the thread of the valve stem to make the plug body rise. After the sealing surfaces of the plug and the valve body are separated, the plug is driven to rotate 90 degrees until the valve is fully opened. When closing, the transmission device causes the plug to rotate 90 degrees to the closed position first, and the plug no longer rotates. After the driving force rotates the thread, the plug is lowered and comes into contact with the sealing surface of the valve body to achieve sealing.

The mechanical cross drive lift type plug valve solves the limitation of insufficient input torque of the driving device, and makes the valve develop toward the direction of large diameter and high pressure.
The plug passageway of the mechanical cross drive lifting plug valve is the same as the diameter of the pipeline, and the fluid resistance is small, which is convenient for pigging. The development on oil and gas long-distance pipelines is getting bigger and bigger.

Three-way and four-way plug valve are suitable for complex piping, where the medium flow direction is changed or the medium is distributed. According to the requirements of the working conditions, you can choose soft seal bushing or soft seal, hard seal lift plug valve

5)  No limitation of flow direction

6)  No vibration and low noise

1） Make sure the valve is open. First heat up the pipeline and transfer as much heat as possible from the pipe to the valve. Avoid extending the heating time of the plug valve itself.

2） Use gauze or wire brush to remove the pipe and cutting parts to make the metal surface shine. The use of steel wool is not recommended.

3） First cut the pipe in the vertical direction, trim and remove burrs, and measure the pipe diameter

1） If the application is distributing medium and changing the flow direction of medium, its working temperature is not higher than 300℃, nominal pressure PN≤1.6MPa, nominal diameter is not more than 300mm, it is recommended to choose multi-channel plug valve.

2）For the equipment and pipelines of food companies such as milk, juice, beer, and pharmaceutical plants, it is recommended to use austenitic stainless steel, tight-type conical plug valves.

6）In the pipeline neutralization equipment of gas, natural gas, HVAC system, the nominal diameter is not more than 200nm, and the gland packing conical plug valve should be used.

NTGD Valve is a professional plug valve manufacturer, feel free to contact us if you have any inquiry