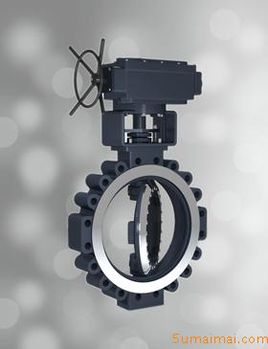 1) The structural shape of the cryogenic valve shell.Whether the material selection is correct or not has a great influence on the normal and reliable operation of the valve.importantmeaning.Compared with the globe valve and gate valve, the structural characteristics of the butterfly valve not only avoid the irregular shape, the uneven wall thickness of the shell, the cold shrinkage at low temperature, and the stress caused by temperature difference.out of shapeand due to the small size of the butterfly valve, the shape of the valve body is aboutbasicYes, it is weighed, so the heat capacity is small; the cooling capacity consumption is also small; the shape is regular and it is convenient for the cold preservation measures of the valve. Such as the newly developed DD363H butterfly valve, in order to ensure the reliable use of the valve at low temperature, it is designed and manufactured completely according to the particularity of low temperature valves, such as: 1Cr18Ni9Ti austenitic stainless steel with cubic lattice is selected as the shell material.

2) Selection of valve stem bushing: According to user feedback, during operation of some low-temperature valves, the rotating parts of the valve are viscous, and the phenomenon of seizure occurs from time to time. The main reasons are: the selection of matching materials is unreasonable, and the cooling gap is too small , and processing accuracy and other reasons. When developing cryogenic valves, a series of measures have been taken to prevent the above phenomena. For example: we have selected SF-1 type composite bearings with small friction coefficient and self-lubricating performance for the upper and lower bushings of the valve stem, which can be applied to some special needs of low-temperature valves.

2. Requirements for the sealing performance of cryogenic disc valves

There are two main reasons for the leakage of cryogenic valves, one is internal leakage; the other is external leakage.

1) The main reason for the internal leakage of the valve is the deformation of the sealing pair at low temperature. When the temperature of the medium drops to the point where the material undergoes a phase change, the volume changes, causing the original high-precision grinding sealing surface to warp and deform, resulting in poor low-temperature sealing. We have conducted low-temperature tests on DN250 valves. The medium is liquid nitrogen (-196°C). The butterfly plate material is 1Cr18Ni9Ti (without low-temperature treatment). It is found that the warping deformation of the sealing surface is about 0.12mm, which is the main cause of internal leakage.

2) Leakage of the valve: First, when the valve and the pipeline are connected by flanges, the leakage is caused by the asynchronous shrinkage of the connecting gasket, connecting bolts, and connecting parts between materials at low temperatures. Therefore, we changed the connection between the valve body and the pipeline from flange connection to welding structure to avoid low temperature leakage. The second is the leakage at the valve stem and packing. Generally, F4 is used as the stuffing of most valves, because it has good self-lubricating performance, small friction coefficient (f=0.05-0.1 for steel) and unique chemical stability, so it is widely used. However, F4 also has disadvantages. First, the tendency of cold flow is large; second, the coefficient of linear expansion is large, which causes leakage at low temperature due to cold shrinkage, resulting in a large amount of ice on the valve stem, which even makes the valve fail to open. The low-temperature butterfly valve developed for this purpose adopts a self-shrinking sealing structure, which utilizes the characteristics of the large expansion coefficient of F4, and achieves the purpose of sealing at room temperature and low temperature through the reserved gap.