What is an orbit valve?

Orbit valve is a type of ball valve. Orbit valve employs a tilt and turn mechanism that eliminates seal rubbing. Seal rubbing is the main cause of failure in valves such as ball valves, gate valves and plug valves. These valves have strong seals mostly made of metal to enhance their ability to work in challenging and aggressive conditions. Orbit valves are suitable for use in meter isolation, flow lines, bypass and block, dryer switching, emergency shutdown, product segregation, discharge, and suction isolation among others. Orbit valves is are used in several industries such as gas, oil, petrochemical, and other industries. 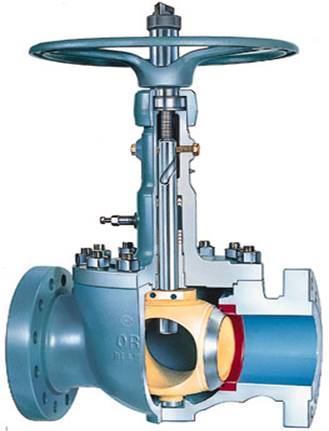 Orbit valves are designed with switch and tilt operation to help eliminate seal rubbing which is the main cause of wear in ball valves. When in a closed position, the orbit valve core becomes automatically stuck against the seat. When in this position, the valve enhances positive shut-off. When the valve starts opening, the core is tilted far from its seat allowing line flow to pass uniformly around the core face. This helps to get rid of localized high-velocity fluid flow which creates uneven wear on a seat in conventional ball valves, plug, and gat valves. Next, the core rotates to complete an open position. Without seal rubbing through each shutting and opening helps to enhance low torque, simple valve operation as well as a long run and reliable valve performance. When closing an orbit valve, turning the handwheel starts lowering the stem. There are precision grooves in the stem that act against fixed guide pins making the core and stem rotate. When you continue turning the handwheel the stem and core rotate to make 90o turn without the core contacting the seat. The final rotation of the wheel mechanically wedges the stem down. This helps to press the core rigidly against the seat and closing fluid flow. 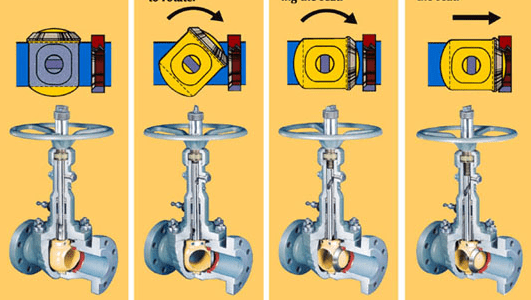 Manual orbit valves are valves that use a manual actuator to control fluid flow. As the name suggests, these valves do not need power from outside to operate them but rather use a handwheel mechanism to enhance flow control. This valve’s mechanism has a series of gear that enhance output torque relative to the input torque applied by the valve operator. Manual orbit valves have the advantage of being inexpensive, reliable and do not need an external power source like electricity or pneumatics. These valves are self-contained and because they use the same handwheel to open/close it is easy for the operator to spot the cause of technical problem or error. However, manual orbit valves cannot be automated and as such, they need to be manually controlled all the time. This would mean that an operator must be available to control and see the smooth operation of the valve. 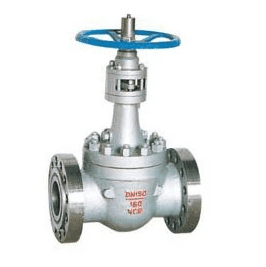 Figure: Manual orbit valve with a handwheel for applying torque 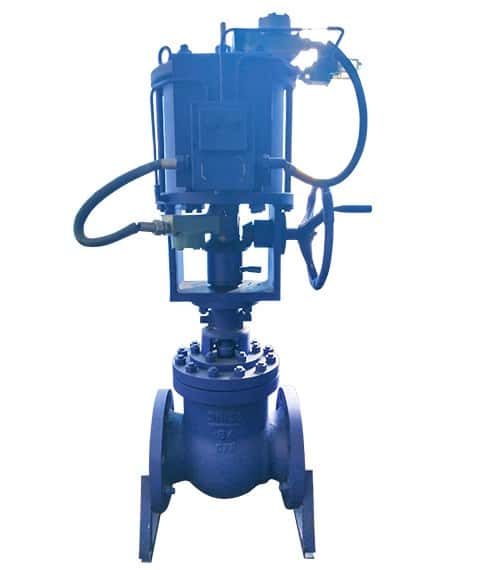 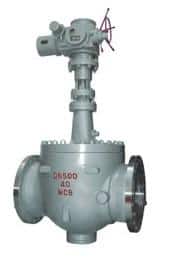 Orbit valves are free from rubbing between the sealing surfaces

These valves employ tilt-turn operation which eliminates abrasion of seal which is the main cause of wear on seats in most ball valves, plug valves, and gate valves.

During in-service maintenance, material for the stem packing can be injected via the packing fitting to give whole control on fugitive emission.

Orbit valve manufacturers design this valve with a stationary, single-seat in both directions. This helps to reduce the chances of trapped pressure between the valve seals.

Manufacturing of orbit valves has helped to eliminate troublesome valves as these valves employ designs that enhance performance advantages that result in reduced plant outage and ownership costs.

Reduced port or full port openings in orbit valves give a high coefficient of flow. This improves pumping efficiency and reduces erosion problems.

These valves are made of hard stem slots and strong guide pins to control the turn and lift action of the valve stem.

When the core is tilted away from the seat before rotation it immediately causes circular flow around the core face. Fluid flow flushes away any foreign particles from the seat without high-speed, localized erosive flow.

It needs low torque to operate

Orbit valves are resistant to wear

Orbit valves are made with a hardcore face of polished material that helps them to work in harsh conditions without loss of seal integrity.

Orbit valve has several components as shown in the figure below. Some of these components are discussed below.

Valve body is the outer casing on an orbit valve. It is used to house internal components of the orbit valve. The valve body needs to be strong to withstand the high pressures associated with the flowing fluid. Such materials used to make the valve body are stainless steel, brass, and carbon steel.

The stem is a strong component made of metallic materials like steel. It is used to connect the external control mechanism to the internal mechanism of the valve. In short, the stem connects the orbit valve to the actuator.

Packing is a seal kept around the stem to prevent the fluid from escaping.

The actuator in an orbit valve is the source of power to open/close the valve. The actuator can be manual, pneumatic, electrical, or hydraulic.

This is a gasket used to protect the valve against fire especially when the valve is used to work on flammable products such as petroleum. The gaskets are made of anti-fire materials like graphite.

Bearings are used to support the shaft of the orbit valve against loads while enhancing low operating torque as well as reducing wear. Bearings are made of strong materials such as stainless steel so that they can withstand the internal weight of the components and internal pressure. 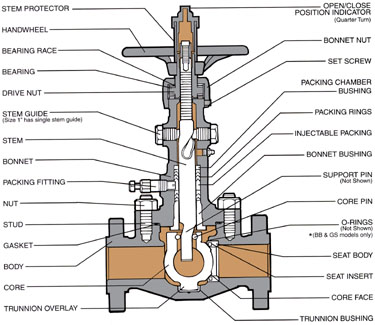 What should you consider when selecting/purchasing an orbit valve?

Source of power for the orbit valve

The opening and closing of an orbit valve need some power to provide a turning effect for closing or opening the valve. The power source determines the actuator to be used. So select the orbit valve based on the available power that is manual (hand-operated), electrical, pneumatic, or hydraulic actuator.

This is the case where the valve can be exposed to conditions that can affect its working such as hot/cold temperatures and corrosive media. A hot environment can damage the valve or cause fire if it is working on flammable products like petroleum. Very low temperatures can cause freezing. Corrosive material can damage external components of the valve-like screws, nuts, and bolts weakening the valve body.

It is important to consider the orbit valve weight and its support. Some valves are very heavy and this could put a lot of pressure on other plumping components and finally destroy them.

Size of the valve

Difficult in closing or opening the valve

Orbit valves are valves that employ a tilt and turn open/closing mechanism. These valves are very advantageous compared to other valves because they use a mechanism that eliminates seal rubbing which is the prominent cause of failure in valves such as gate valves, plug valves, and ball valves. Orbit valve manufacturers design the valves with strong materials that make them resistant to abrasive and corrosive materials.

These valves are used in different industries such as oil and gas, petroleum, chemical, water supply among others. However, despite these valves having super features and advantages, they are costly to manufacture and purchase.