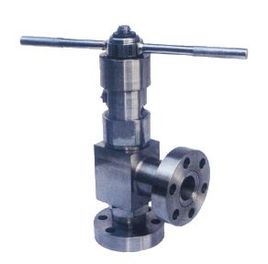 The angle stop valve opens,When the opening height of the valve disc is 25% to 30% of the nominal diameter, the flow rate has reached a large value, indicating that the valve has reached the fully open position.The opening and closing part of the angle globe valve is a plug-shaped valve disc, the sealing surface is a plane or a conical surface, and the valve disc moves linearly along the center line of the fluid. The movement form of the valve stem includes a lift rod type (the valve stem rises and falls, and the handwheel does not rise and fall), and there is also a lift rotary rod type. The bellows globe valve is only suitable for fully open and fully closed, no adjustment and throttling are allowed.