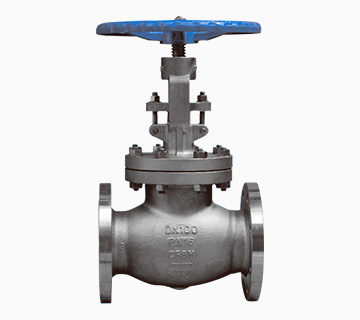 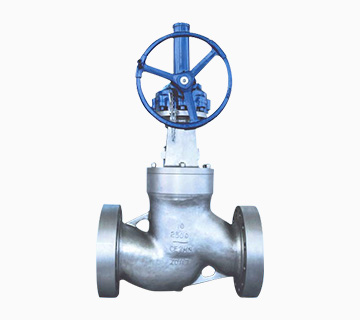 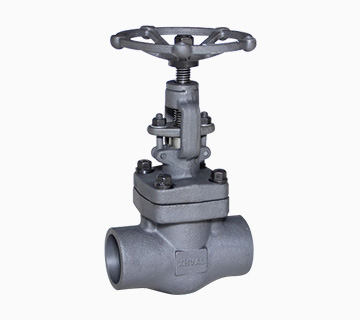 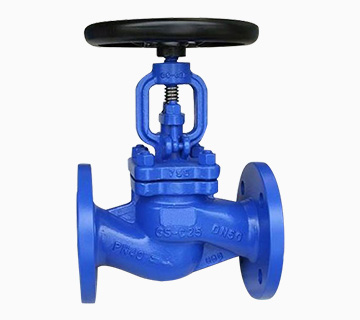 REQUEST A QUOTE FOR MORE DETAILS

All You Need to Know About Globe Valves

Globe valves are known for effective controlling and throttling of fluids. Sometimes called the throttle valve, globe valve functions in three ways: stop the flow, start the flow or throttle the flow.

It has a round-shaped valve body containing disc which then acts as a gate. Use globe valves if maintaining pressure level or reduction in pressure loss is not the top priority, but requires control to media flow.

This article provides a guide on globe valves. It discusses the applications, mechanisms, the factors to consider when making purchases, and the different types of globe valves available on the market. Lastly, this guide will help you compare globe valves with other types of industrial valves. 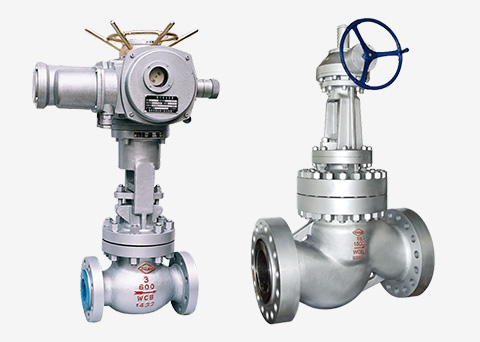 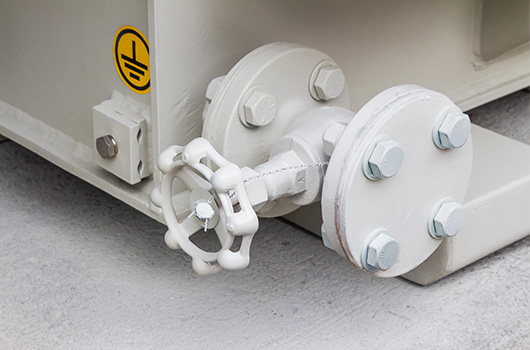 What Are Globe Valves Used For?

Otherwise known as control valves, the role of globe valves is the regulation of flow media. In addition, globe valves have also great sealing capabilities. This also makes it a great device for sealing off water. Applications for globe valves include:

How Do Globe Valves Work?

Water faucets are the best example to show how globe valves work. Turning on the faucet means raising or lowering the stem, depending on the design. Water then comes out of the faucet. When turned to the other direction, say, turned off, the raised gate is lowered or the lowered gate is raised.

Can be a shut-off and on valve

Can be a stop-check valve

There is a limitation to the valve diameter because of the internal pressure of the flow media. Globe valve manufacturers limit the size to Nominal Pipe Size (NPS) 12 or Nominal Diameter (DN) 300. Beyond these ranges, when under pressure, the valves may not open or close easily. 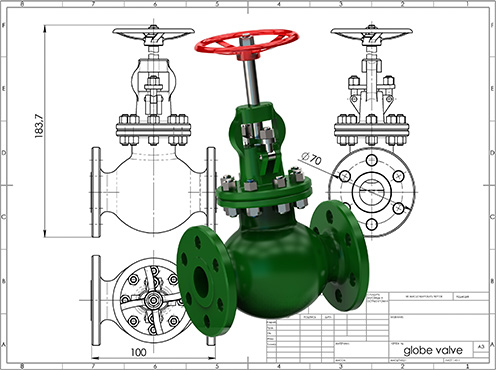 When dealing with throttling and high pressure that is beyond 200 psi, valve trims tend to fail. In situations like this, it is better to request a specialized valve trim.

P-T rating refers to the rating of the highest pressure and temperature ratio the valve can handle in relation to the metal material.

As temperature increases, the capability of the body to handle pressure declines. In addition, the seat material and design determine the overall rating.

Most globe valve manufacturing companies use the overall rating dictated by ANS, ie. the body pressure rating at 100°F.

The medium type is one of the most important considerations when buying a globe valve. There are many kinds of media which may or may not be suitable for certain valve designs.

For example, slurries are not suitable medium as they are heavier and contain larger components that could be left behind. These, in turn, can damage the disks. Furthermore, such viscous material can create a huge pressure drop.

Medium that flows in the valve correlates with the material used in making the valve. Is the material used corrosive-resistant? How concentrated is the flow material? Will it be a flowing media condition? Or is it going to stop the media from flowing? Answers to these questions directly affect the lifespan of the valve.

By following and meeting industry standards, it maintains the integrity of the valve as well as provide safety assurance. 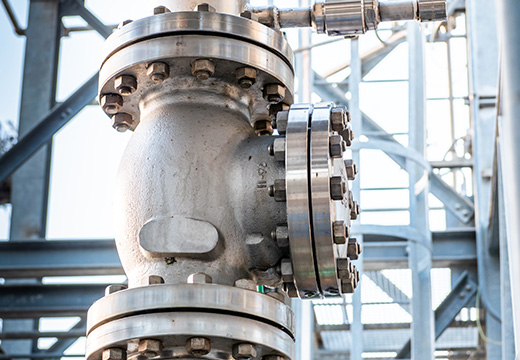 These would include certifications and standards given by the following: The American Society of Mechanical Engineers (ASME) American Petroleum Institute (API) The Manufacturers Standardization Society (MSS) of Valve Fittings

There are three main body designs for globe valves. Each has unique designs suitable for particular applications.

This is the most common design. Its distinct feature is the Z-shaped diaphragm and that the seat lies horizontal and perpendicular to the stem.

This position allows low flow coefficient but high-pressure loss. As a result, it is very suitable for throttling applications not concerning with the pressure drop.

This pattern is an offshoot of the Tee Pattern. Instead of linear motion, fluid passes through the globe valve in a 90° turn. This allows for a low flow rate that is suitable for pulsating flow applications. As a result, it prevents sedimentation.

When fully opened, the flow of the media is more straight, hence the low-pressure drop. The wye design, or Y style, is more common in applications where dirt removal or prolonged period of open valves are needed. 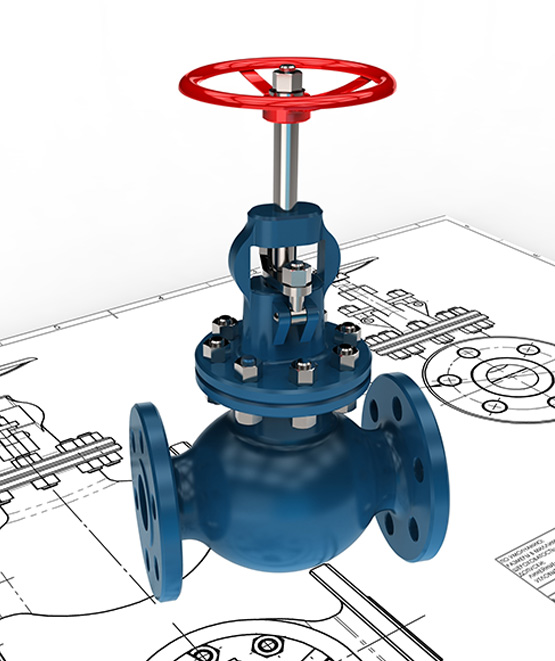 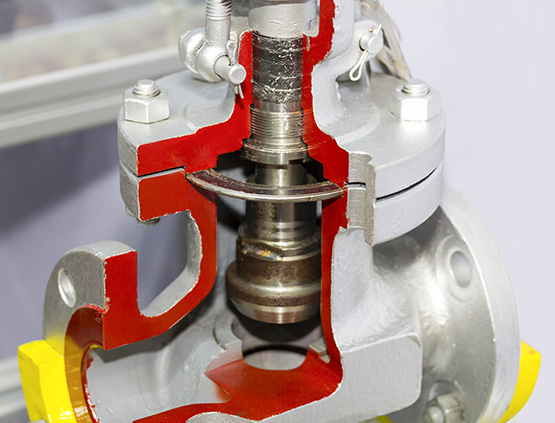 Discs act as gates that prevent leakage. However, there are three different types of disks that work well in specific conditions and needs. Choosing the right disk ensures the longevity of the control valve.

This works well in low pressure and low-temperature applications. It acts primarily as a start/stop mechanism but has throttling capabilities.

Better closure means fewer chances of spillage. With that in mind, a disk with an inserted metal ring should work in handy.

The tapered design ensures better throttling capacity than the ball and composition disks.

Valves are created differently. Some don’t have bonnets while others do. Valve bonnets act like accessories where other internal valve components can attach.

There are designs that merge the bonnet with the body. In contrast, some designs have removable bonnets so it’s easy to expose other valve parts for cleaning or maintenance.

Often found in inexpensive globe valves, screws join the body and the bonnet.

This type uses bolts to attach the bonnet to the body. Considered the most common, the connection of the body to the bonnet is further enhanced by a gasket. In turn, seals it tightly.

This type is welded instead of attached by screws or bolts, which makes the valve lighter. However, maintenance and repair could be challenging due to the nature of its connection.

Applications requiring high temperatures and pressures often use this kind of bonnet. With Increased internal pressure, the gasket seal should be very durable as the body transfer the pressure to the gasket. 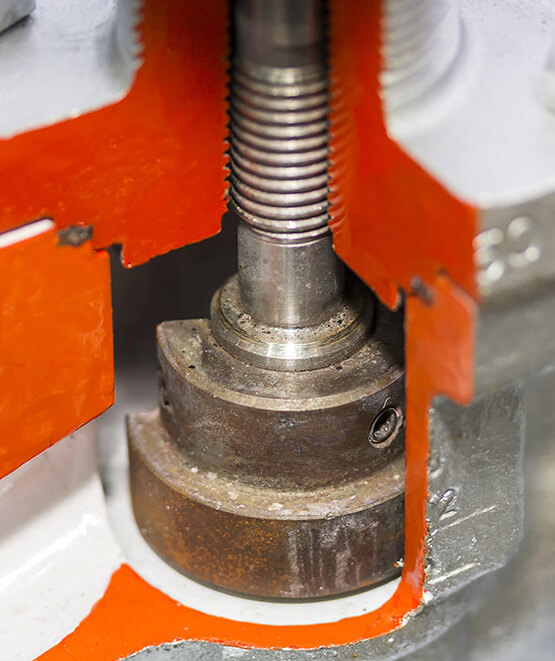 Globe valves and gate valves may look similar but their internal
designs determine the individual uniqueness of these two.

Flow regulation is the common use for globe valves. True, turn on/off is also one of its applications. The disk that controls the flow moves up and down from the seat, which horizontally placed.

Because of this design, by partially opening the valve, throttling motion becomes possible. The bigger the space between the seat and the disk, the greater the flow. The stem and bonnet located above the disk further enhance the sealing. These valves, while there is a high-pressure loss, can withstand high pressures and temperatures too.

On the other hand, used as a start and stop device, gate valves allow certain liquids and gases to pass through the pipes. Gate valves should not be used to control media flow. Wedged or parallel gates, when in a fully closed position, stop the flow of liquid and gas.

Gate valves cannot be partially opened because the vibration from the liquid or gas moving will eventually ruin the seat. There is minimal loss of pressure because of the linear motion of the media passing in the gate valve. 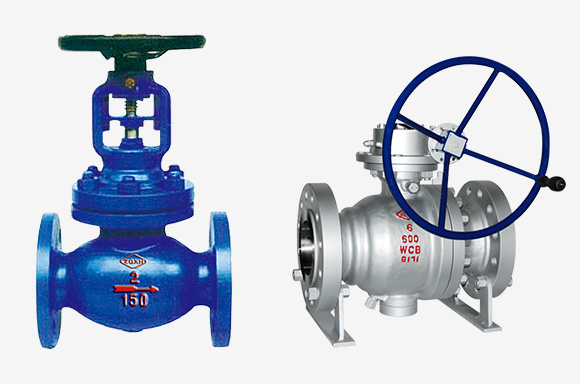 On the outside, globe and ball valves can look exactly the same. However, looking at the internal design, one could easily identify that these two valves work differently. The main difference between the two is the way each closes.

The ball valve stops the flow through the circular yet hollow spherical gate called the ball. Upon a quarter turn, the valve can open or close. On the other hand, the globe valve has a stem that closes it.

The ball valve seats are beside the two openings at both ends. On the contrary, the seat in most globe valves is lying perpendicular to the stem. The disc or plug is set against the seat to seal the valve off.