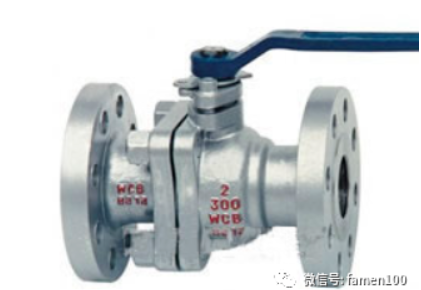 The ball valve is an evolution of the plug valve, which has the same 90 degree rotation lift action. The ball valve can be closed tightly with only a 90 degree rotation operation and a small turning torque. The completely equal valve body cavity provides a low resistance, straight-through flow path for the medium.
The main feature of the ball valve is its compact structure, easy operation and maintenance, suitable for general working media such as water, solvent, acid and natural gas, and also suitable for media with harsh working conditions, such as oxygen, hydrogen peroxide, methane and ethylene. The ball valve body can be integral or combined.
The closing part of the ball valve is a sphere, which is a kind of valve in which the sphere rotates around the center line of the valve body to open and close. The ball valve is mainly used to cut off, distribute and change the flow direction of the medium in the pipeline. Ball valve is a new type of valve that has been widely used in recent years. It has many advantages, as follows:
Has a lower flow resistance (actually 0);
It can be used in corrosive media and low-boiling liquids because it will not get stuck during work (when there is no lubricant);
In a wide range of pressure and temperature, it can achieve complete sealing;
It can realize rapid opening and closing, and the opening and closing time of some structures is only 0.05~0.1s to ensure that it can be used in the automation system of the test bench. When the valve is opened and closed quickly, the operation has no impact;
The spherical closure can be automatically positioned at the boundary position;
When fully opened and fully closed, the sealing surfaces of the ball and valve seat are isolated from the medium, so the medium passing through the valve at high speed will not cause erosion of the sealing surface;
Compact structure and light weight, it can be considered as a reasonable valve structure for low temperature medium system;
The valve body is symmetrical, especially the welded valve body structure, which can well withstand the pressure from the pipeline;
The closing piece can withstand the high pressure difference when closing;
The ball valve with fully welded valve body can be directly buried in the ground, so that the valve internals are not corroded, and the high service life can reach 30 years. It is an ideal valve for oil and natural gas pipelines.
Ball valves can be divided into:

1. Floating ball valve
The sphere is floating. Under the action of medium pressure, the sphere can produce a certain displacement and press tightly on the sealing surface of the outlet end to ensure the sealing of the outlet end.
The floating ball valve has a simple structure and good sealing performance, but the load of the ball bearing the working medium is all transferred to the outlet sealing ring, so it is necessary to consider whether the sealing ring material can withstand the working load of the ball medium. This structure is widely used in medium and low pressure ball valves.
2. Fixed ball valve
The sphere is stationary and does not move when pressed. The fixed ball valve has a floating valve seat. After being pressurized by the medium, the valve seat moves, so that the sealing ring is tightly pressed on the ball to ensure the sealing. Bearings are usually installed on the upper and lower shafts with the ball, and the operating torque is small, which is suitable for high-pressure and large-diameter valves.
In order to reduce the operating torque of the ball valve and increase the reliability of the seal, oil-sealed ball valves have appeared in recent years. Special lubricating oil is injected between the sealing surfaces to form an oil film, which not only enhances the sealing performance, but also reduces the operating torque. , more suitable for high-pressure and large-diameter ball valves.
3. Elastic ball valve
Spheres are elastic. Both the ball and the valve seat sealing ring are made of metal materials, and the sealing specific pressure is very large. The pressure of the medium itself cannot meet the sealing requirements, and external force must be applied. This valve is suitable for high temperature and high pressure medium.
The elastic sphere is obtained by opening an elastic groove at the lower end of the inner wall of the sphere to obtain elasticity. When closing the channel, use the wedge head of the valve stem to expand the ball and press the valve seat to achieve sealing. Before turning the ball, loosen the wedge head, and the ball will return to its original shape, so that there is a small gap between the ball and the valve seat, which can reduce the friction and operating torque of the sealing surface.
The ball valve can be divided into: straight-through type, three-way type and right-angle type according to its channel position. The latter two ball valves are used to distribute the medium and change the flow direction of the medium.
Its many characteristics make ball valves widely used in petroleum, chemical industry, power generation, papermaking, atomic energy, aviation, rockets and other sectors, as well as people’s daily life.

How to choose fire valve

When the valve is closed, the flanged globe valve must apply pressure to the valve disc to force the sealing surface to not leak, which

How to choose valve blank

What factors should we pay attention to when choosing valve blanks when we are machining?The following will introduce how to choose the valve blank, fromThe

Read more +
PrevPreviousCommon assembly methods for valves!
NextThese six forms of corrosion can cause your valve to failNext