What is a ball float steam trap?

Ball float steam trap is a mechanical device where a trap works due to steam density difference. In this device, a valve holds a floating trap ball. When the valve body is filled with liquid it makes the ball float on the liquid. An iron rod is used to connect the floating ball to the valve gate so that it can open the valve gate as the ball floats upwards. If the condensate level is low, the valve would be filled with steam. As such, the steam will push the ball downwards closing the gate. Also, the valve can permit steam flow at an adjusted or controlled rate. Ball float steam trap is a device used to separate steam and water. Ball float steam traps are meant to prevent steam wastage. Air and condensate present in steam from a steam plant have certain harmful effects on the effective performance of the plant. Such effects include taking heating space which can be occupied by the steam and also they cause formation of water films on the heating surface or air pockets which limits heat transfer. 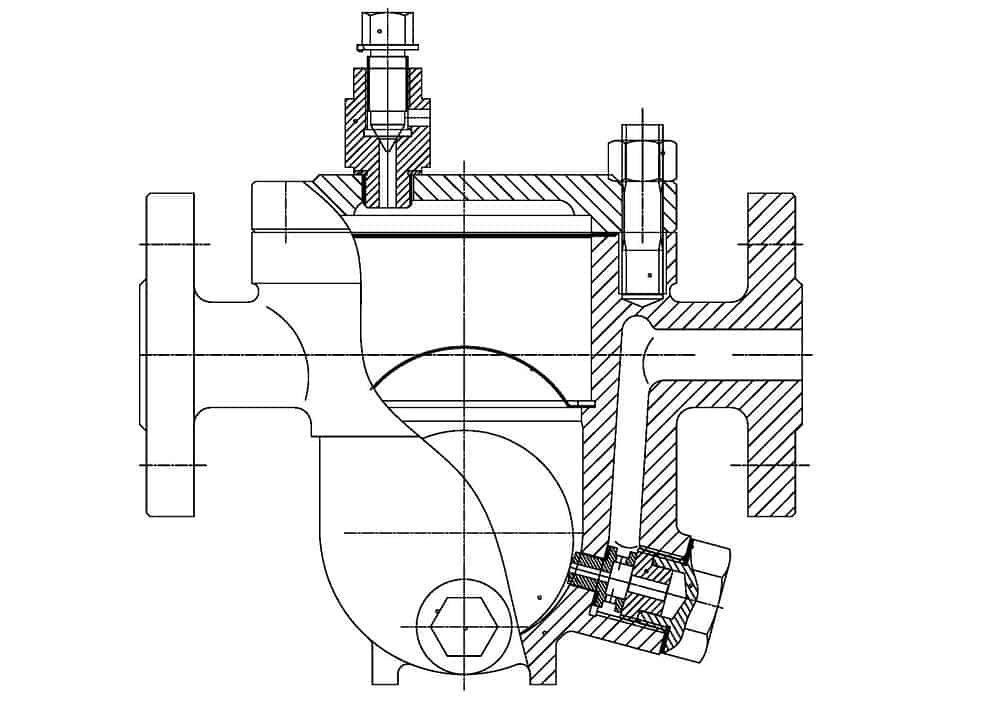 A ball float steam trap is made up of a valve and a mechanism that opens or closes the valve to drain condensate from the pipe without allowing steam escape. The ball float steam trap is installed at a low point in the system to be drained. Ball float steam trap valve and float are connected in a way that allows the valve to open when the float rises. When the trap is working, steam mixed with water flows through the float chamber. Because water is denser than steam, it falls into the bottom of the trap. This causes the level of water to rise. As such, the rising water level causes the float to lift which then lifts the plug and then opens the valve. This forces the condensate to drain out while the float moves downwards to a lower position which causes the valve to close before the level of condensate is too low to allow steam escape. Through this trap, the condensate that exits the trap gets returned to the feed system. 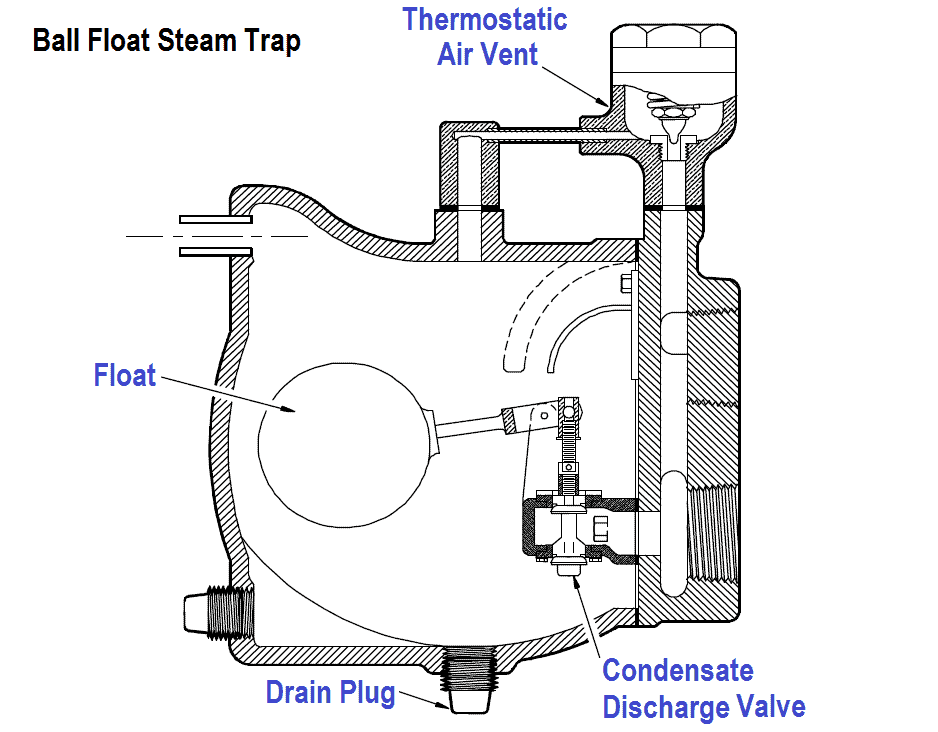 There are factors that affect the minimum ball float steam trap specifications for temperature, pressure, material, discharge capacity, and connection type. Such factors are discussed below.

A ball float steam trap needs to match the size of the pipeline on the outlet of the device supplying the condensate to that trap. Condensate pipeline on the discharge of equipment supplying condensate to the trap need to be sized following the details in the table below. The ball float trap need not be sized less than the outlet pipe of the equipment since this can result in waterlogging and damage or heating problems. Also, pipe size at the outlet of the ball float steam trap need not depend on trap size but rather be designed to produce the needed flow rate and restrict the loss of pressure for a two-phase flow. 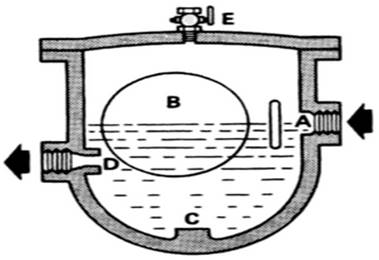 This is a type of ball float steam trap where condensate enters the body via inlet A and ball B gets lifted when the level of water rises. The ball is connected to the outlet valve at point D by use of float arm point C. The outlet valve opens since the condensate lifts the ball. The valve position changes as per the water level in the body which gives continuous discharge of condensate on any load that falls in the maximum capacity of this type of trap. When the condensate load is diminished steam raises to reach the trap, the float drops to its lower position. The valve is fixed against the seat to avoid steam waste. The one main problem associated with this trap is that it cannot discharge via the main valve as it starts. 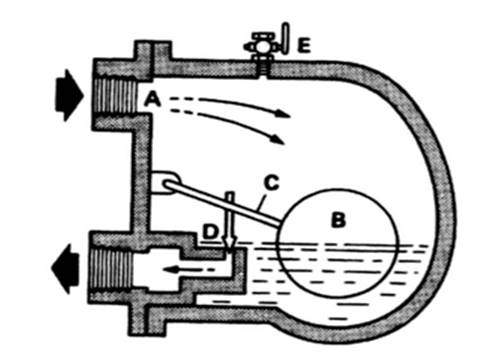 Unless the ball float steam trap manufacturers provide a certain mechanism to release air from the system, then it will prevent condensate to flow into the trap making it air-bound. Lever ball float steam trap manufacturers will sometimes design the trap with a manual cock at point E. However, this manual cock requires to be operated manually every time steam is switched on. 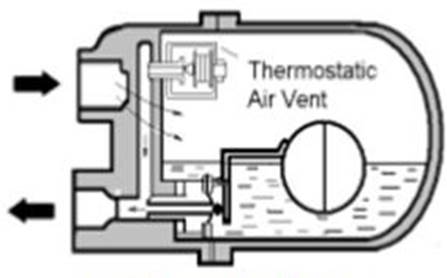