Analysis and Solution of Leakage Failure of Control Valve 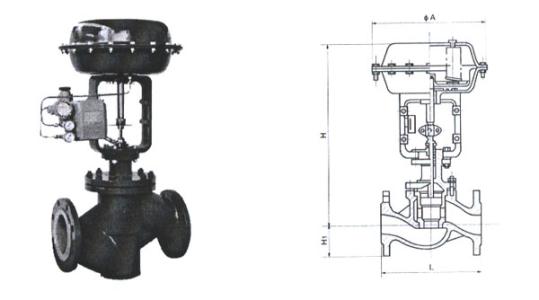 In order to improve the sealing performance of the packing to the valve stem, the method of increasing the packing can be adopted. Usually, it is in the form of double-layer and multi-layer mixed fillers, and the effect is not obvious by simply increasing the number, such as increasing 3 pieces to 5 pieces.


The tetrafluoro packing used in large quantities has a working temperature in the range of -20 to +200 ° C. When the temperature is in the upper and lower limits and changes greatly, its sealing performance will be significantly reduced, the aging will be rapid, and the service life will be short. Flexible graphite fillers can overcome these disadvantages and have a long service life. Therefore, some factories all change the tetrafluoro packing to graphite packing, and even the newly purchased control valve also replaces the tetrafluoro packing with graphite packing and uses it. However, the hysteresis of using graphite fillers is large, and some crawling phenomenon occurs at the beginning, which must be considered.
Fourth, replace the gasket

So far, most of the sealing gaskets are still made of asbestos sheets, which have poor sealing performance and short life at high temperatures, causing leakage. In this case, spiral wound gaskets, “O” rings, etc. can be used instead.